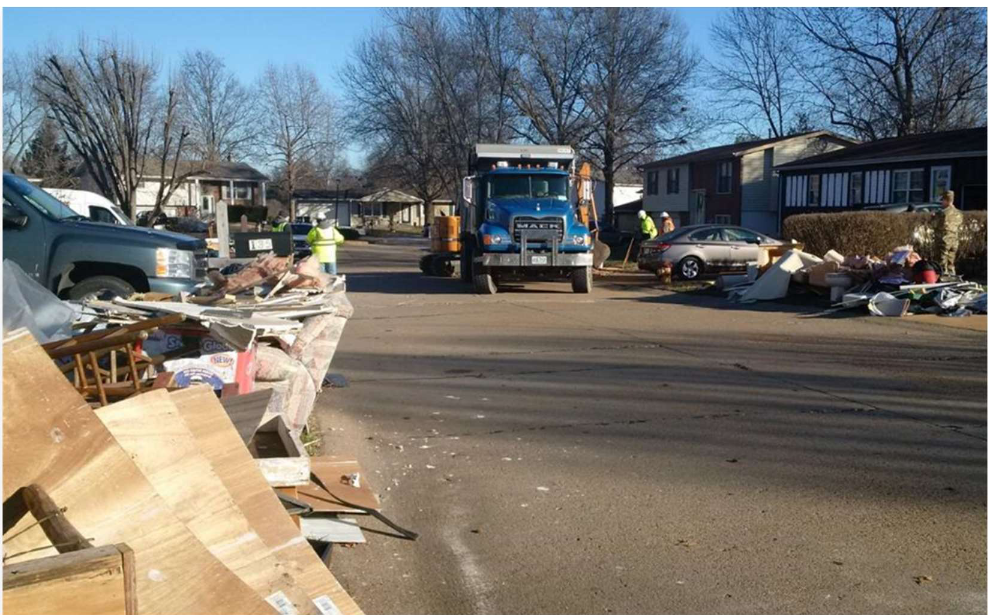 In June, EPA announced a newly nationwide debris recovery tool for safer management of debris to help communities achieve resiliency in planning for, responding to, and recovering from natural disasters. The Disaster Debris Recovery Tool is an interactive dataset for federal agencies, states, and tribes that provides information and locations of more than 20,000 facilities capable of managing different materials that may be found in disaster debris. As a result of collaboration with states and tribes, the expansion includes data for all 50 states, Puerto Rico, and the US Virgin Islands.

Modernizing debris management programs presents both a challenge and opportunity to leverage technology to recover valuable material and save landfill space. Building upon this E-Enterprise effort, EPA is developing a potential shared service solution for evaluating data automation technologies that is expected to be applicable to not only this tool, but also to other decision support tools across different environmental programs.

Region 5 created the tool for Midwest states in 2010 and has collaborated with tribes, the Federal Emergency Management Agency, and the U.S. Army Corps of Engineers on four annual tribal training workshops. During the workshops, staff from 68 tribes learned how to locate recyclers and disposal facilities in and around their reservations and discussed how to incorporate this information into their tribal disaster debris plans.

Early adoption of the tool in Region 5 has already led to successful disaster debris management planning for the Mille Lacs Band of Ojibwe and tornado response by the Illinois Environmental Protection Agency. The San Francisco Department of Emergency Management has also tested the tool in its 2019 Fleet Week Debris Management Exercise involving 35 federal, state, and local agencies. The project team has given more than a hundred presentations and trainings since 2017 to more than 2,500 EPA, state, local, and tribal partners and stakeholders.